Hockey’s roots have been debated by hockey historians for years. While the evolution of hockey into the game as we know it today probably has a variety of influences, many tribes throughout North American played a version of field hockey which involved some type of “puck” or ball along with curved, wooden sticks. Ice hockey was first observed by Europeans being played by Micmac Indians in Nova Scotia in the late 1600’s. It was called “ricket” by those Natives. The puck used was a frozen road apple. Eventually, pucks were carved from cherrywood, which was the puck of preference until late in the century when rubber imported by Euro-Americans replaced the wood.

The first Native in the NHL was Fred Sasakamoose, whom played for the Chicago Blackhawks. Although his career in the NHL was short, his contribution was second to none. 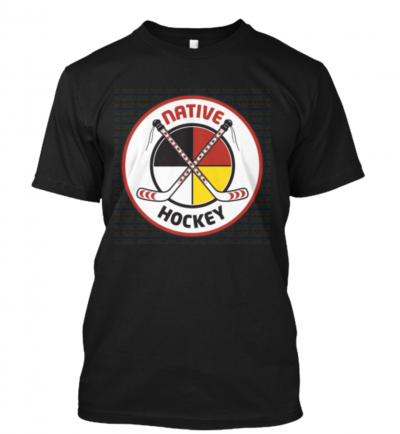